What is an LED?

These cute little things are present in quite a handful devices these days; they are used in camera flashes, in digital clocks, and in fairy lights. These days we have tv screens have them. What is this magical device that is present everywhere?

This magical device that we’re talking about is called an LED. An LED is a small device that glows when electricity passes through it. 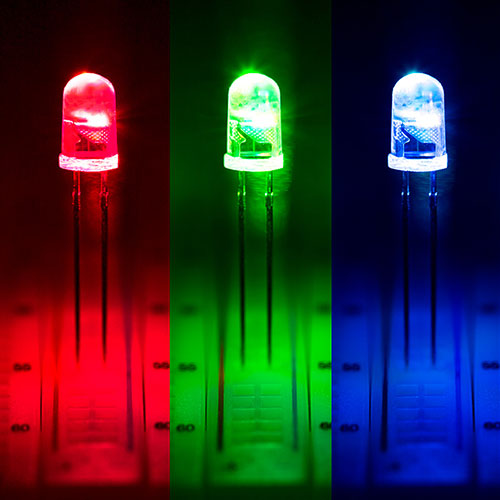 LED lights are in ‘fashion’ these days. They are different from the regular bulbs which have a filament with gas filled inside them that makes them glow. They use less power and are brighter as compared to the regular incandescent bulb.

LEDs are available in a wide range of colours. Some can also switch between two or more than two colours, and even emit invisible light such as the infrared light. LEDs emitting infrared are very common; they are used in remote controls for TVs, ACs, etc.

Basic properties of an LED

Let’s have a look at three important concepts we must keep in mind when dealing with LEDs:

Apart from in Smartphones, and TVs, LEDs can be found in various other devices such as remotes, torches, and camera flashes. Nowadays LED bulbs and tube lights have also picked up the front stage because they use less energy as compared to the conventional filament bulbs. Therefore, less power usage means light electricity bills, which means more pizza!

Now, as promised, we’ll now switch to the fun mode, and perform the activity!